I have a problem with expectation.
I tend to expect too much from myself.  For that matter, I probably expect too much from other people, too.  How do I know this?  Because disappointment in other people is a prevalent theme in my life.  Not all the time, but when I'm really, really down or really, really upset about something, I can usually boil it all down to "I wanted it to go this way and it didn't."  I build up these standards in my head, not only for other people but for myself, as well.  And when these standards aren't fulfilled because, as John Lennon said so eloquently, "life is what happens when you're busy making other plans," I tend to go into a self-hate spiral.

Recently, my life underwent a pretty drastic change.  My husband and I moved, bought our first house, and are expecting our first child any day, now.  Those things are big, but the biggest thing of all is that I'm not working at the moment.  I've set aside career-ing for the time being to be a stay-at-home mum, wife, and student.  This is kind of major for me since I've been in the work-force since I was fourteen.  I moved out and have been supporting myself since I was seventeen.  To suddenly not have my own income is...daunting, to say the least.  Anyway, with this major life-shifting I've been forced to sit down and reconsider a few things; to make peace with myself now that I'm not running in fifty different directions.  Here is the conclusion I've come to:

I still don't know what I want to be when I grow up, and that's o.k.
When I was four to six (o.k., let's be honest, it's still a pipe-dream) I wanted to be an orca trainer at Sea World.  For a long time, I thought I wanted to be a librarian.  For my whole life I thought I wanted to be a professional writer.  Now I realize I really don't know what I want to be when I grow up.  I see all these people with passions, with careers, with things to strive for, and I got nothin'.  It scares me, sure.  What is my life about?  What is my thing?  When I first started this housewifery gig that question made me frantic.  I was panicked thinking "I have to find my thing.  I have to have a driving passion."  Maybe I'd write a book.  Maybe I'd start a business.  There had to be something I was passionate about...right?  But you know what I discovered?  There really isn't.  Not in the all-consuming sense I wanted, anyway.  Not in the mad genius way or the way that earns your an epitaph in society.  And when I figured that out, a whole lot of weight fell off my shoulders.

If I could parcel out some advice to anyone who might be listening, it would be that you are fine.  Just as you are, just as you will be.  It will all be o.k., even if you can't see it now.  It's all right to be a little lost and confused.  That season comes for everyone - trust me, everyone.  This, too, shall pass, and when it does you will be so glad you chilled out in that cocoon for a while.  You are fine.  I am fine. This whole crazy whirling planet is fine.  At the end of the story, everything will work out exactly as it's supposed to do.

Oh boy.  Where to start?
My husband and I have moved from out charming little apartment in Smalltown Illinois to a rather larger suburb of Chicago.  Into our own house.  Let me just reiterate that for momentum: Our. Own. House.  Yikes.
About three months ago we also learned that we are expecting to welcome our first child into the world on September 29th of this year.
Talk about big changes!  As such, I think I might create another blog that deals with more of the specifics of my evolving state of life.  I would still maintain this blog as a sort of sounding board, but it would be mostly more personal, interpersonal, holistic, and mental issues discussed.  (In other words: a giant ego party - it's all about meee!!!)  The new blog would deal with the new challenges of motherhood, home-ownership, natural living, and family life.  Two facets of the whole: inner and outter.
If I do decide to do this, I'll add a note down below with the new blog title, address, etc. for you to visit and keep in touch.
'Till next time, I'll catch you on the flip side. 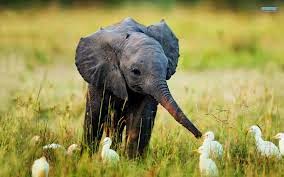 *Huge sigh of relief*
Whoo!  I made it!  For Friday night I celebrated with a Corona and some Mexican food with my hubbles.  We went to a nearby Mexican restaurant.  Then continued on to a friend's house for some Red's Apple Ale.  I gotta say, probably the thing I missed the most were my beverages: almond milk in my black tea and alcohol.

Things I learned
I did learn some things about my body on this challenge, though.  I had never gone so long completely raw before, so it was a bit of an eye-opener.  I learned that my digestive tract is way loosey-goosey when raw.  It's happy, don't get me wrong, but it's just very... efficient.  I'm pretty sure I also lost a lot of excess water weight, which was fantastic.  I had been feeling a bit bloated beforehand.  Not while raw, that's for sure!

Conclusion
I think I can successfully incorporate some of the raw habits without feeling deprived.  Maybe one or two raw meals a day.  It's just when I go overboard on the bread (more than one meal with bread in it) or refined/fast foods (more than one day a week eating fast food) that I start hurting and noticing the bloat.

The lesson here, boys and girls: in everything, moderation. 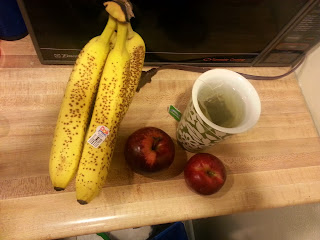